If you want the most recent news and updates from Alkota Cleaning Systems, you've come to the right place. We take industrial pressure washers to a whole new level of clean, and we're taking you along for the ride. Read more! 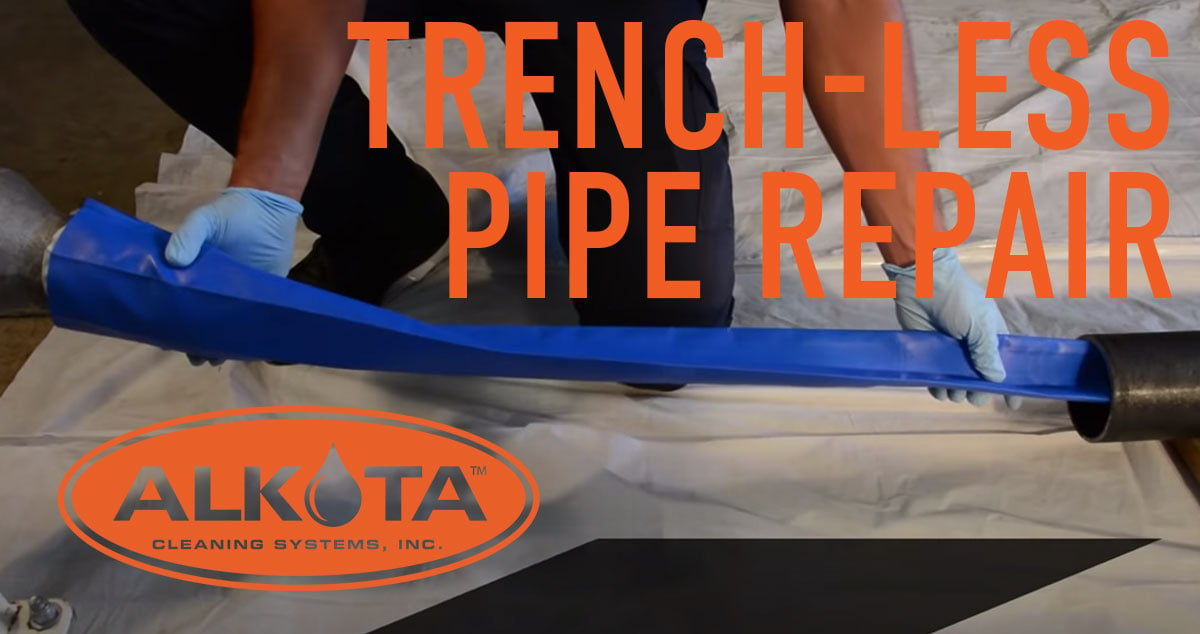 Alkota's line of equipment tends to find new uses every year with new technology and innovations. One current and fairly new technology is trench-less pipe repair. The use of Alkota Steam Equipment in the curing process, is vital to this innovative success.

Old sewer pipes giving you a hard time? Expense of digging up and replacing the  old pipes cost prohibitive? Enter the world of trench-less piping repair.

What is Trench-less sewer repair?

How does it work?

Old pipes are inspected via a camera wire that is fed through the pipe, to ensure Trench-less repair is the right solution.

Old pipes are cleaned out using a hydro-jetter pressure washer to remove the debris.

Old pipes diameter, depth and length are measured. Liner and calibrated tube of the felt inner tube, is cut on the job site.

It is a resin-saturated liner felt tube, made of polyester, fiberglass cloth, or any other suitable material for resin implantation.

Resin is measured and mixed to the measurements required to make the pipe. Once mixed, it is poured into the liner.

The liner gets "wet out", which means rolled out several times through a machine to coat the resin into the liner.

The liner is loaded into an Inverter, which is used to blow the liner into the pipe.

The liner is then inserted into the existing old pipes, using directional hoses and inversion heads. This helps to ensure there is proper insertion of the pipe.

The liner is then inverted inside out with pressurized air, to allow the resin to bond with the old pipe. The calibration tube that holds the resin, balloons to keep the liner in place while curing.

Once the liner is cured by steam, the calibration tube is removed and is ready for service.

Is Trench-less repair for you?

Trench-less repair is a great option that doesn't require excavation and heavy construction. It's an intrusion of the pipe itself, and a repair using those pipes by replacing it with a resin liner that is effective. Hence why it is called Trench-less pipe repair.

Check out the video below:

Pump Issues? When Repair or replace a Pressure Washer Pump

A common question that comes up often is, "When is it time to repair your high-pressure pump vs....
Read More

In our continuing series with Faces of Alkota, we wanted to highlight another member of the crew....
Read More